Back to all posts

Understanding Honor vs. The Fear of Man 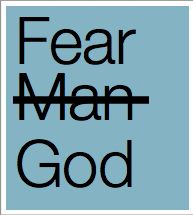 Freedom from the “fear of man” is frequently a theme in preaching. "To fear man", is almost always seen from a negative perspective, and rightfully so. “The fear of man” claims responsibility for emotional instability, spiritual immaturity, and an overall reduction in our quality of life. The fear of man causes people to do things for the wrong motives, to be “men-pleasers”, giving preference to opinion instead of priority to the word of God. Jesus rebuked the Pharisees in John 5:44 with these words “How can you believe who receive honor from one another, and do not seek the honor that comes from the only God?” The indictment in this passage confronts the motive of these men, who although they studied the law and prophets religiously, they were unwilling to confess that Jesus was the messiah they had been waiting on. Their reason for denying Jesus was quite simply, the fear of man. The fear of man can cause us to miss our greatest moments because the peer pressure of our social circles and familial ties has greater influence than God Himself. For this reason and many others, the “fear of man” is dangerous and must be addressed. But as it is with everything, there are at least two sides to every story or at least an alternate viewpoint. When considering the “Fear of man”, I believe we must be careful to remember that it isn’t the fear or reverence for people’s opinion, which is the problem, it is in the imbalance between it and the word of God. I have seen countless people over the years, which dealt heavily with the fear of man due to rejection issues of their childhood and sought affirmation around every corner. They were good workers and diligent but it was their MOTIVE, which was the problem, not their diligence. This must be noted. To fear or to reverence people or those in authority and to be concerned to some degree with their opinions of us, is healthy so long as we have the foundation of God’s word in our life. If a person who has been solidly converted and has learned the unconditional love of God for them, they can healthily “fear” man. In using the word “fear” the idea is better understand by the word “reverence”. “Fear” is a healthy way synonymous with honor. The bible teaches us to honor all people, to love our enemies, and bless those who curse us. It is dangerous when we allow the pain of what people have done to us in the past, cause us to dishonor all people, or lack reverence for all people.

As a pastor, I have a mandate to preach the word of God boldly and unashamedly. When I was just getting started in the ministry I would preach holiness or hell messages regularly. The crowds would scream and holler amen amen! The altar calls would be filled with tears and deliverance from unclean spirits… but I noticed a trend, next week, the same people would be back at the altar crying and asking to be saved. This truly confused me and messed with my theology. I didn’t understand why these people wanted to be born again each every week, despite my very clear and articulate preaching on the process of justification, sanctification, and spiritual maturity. I preached about the love of God, about mercy, about grace, about everything the bible teaches… yet, the people weren’t getting it! After much prayer, I recall, being approached by a few people who suggested I tone it down a little bit and be more conscious of my demeanor. They reminded me that Jesus came full of grace and truth, and that I should say perhaps things in a nicer way. Well, that completely ruffled my little zealous feathers, how dare these people tell me to tone it down! I was the man of God and after all I was delivered from “the fear of man”, I was a preacher of righteousness! Because of my pride and immaturity, I continued preaching in the same tone and demeanor, which yielded the same results. Even worse, people became afraid of me. Members of the church would leave the church because if they stumbled and fell they felt afraid to confess their sins and ask for help. Why? Because they were bound by the fear of man, and guess who was responsible? Me. It wasn’t a demonic attack against these people; it was creating an atmosphere of perfectionism, despite my preaching against those very things. Somewhere between the latter parts of 2013 I slowly began changing my tone from time to time and guess what… the church started exploding in growth! Between 2014 and 2015, the church tripled in size and I became a pastor and a father. Now before the reader misunderstands, there is a time and place for preaching with great zeal and with holy anger against sin which is destroying people’s lives, but the key is discernment and learning to be lead by the Holy Spirit. Jesus did rebuke BOLDLY the Pharisees and turn over the moneychanger’s tables, but not every day. As people of God, we’ve got to know when to say to the woman caught in adultery “Go and sin no more” and likewise to those causing children to stumble “It would be better for you if a millstone were tied around your neck!” #discernment

Now, the other side of the coin is this: The fear of man can be healthy! The key is balance and order. It is not unhealthy to fear disappointing people. Living up to standards is a practical way of demonstrating our love for God and people. As long as the fear of God is first in your life, the fear of man will yield positive results. It always amazes me how quickly people want to live below standards and expectations, using the excuse “Im free from the fear of man”. What they don’t realize is that those type of statements are clear indicators of a rebellious heart. Anyone who will willingly live beneath expectation that SCRIPTURE sets forth for disciples is in rebellion. Anytime your pastor can not hold you accountable to honor God in your life without being accused of being “controlling, manipulative, etc… you are in rebellion, not against the pastor, but God. The Lord has set leaders in the church, in the family, in the workplace, and in the government even, that we are all called to submit to. We do this in the fear of God, but that means we reverence those leaders as representatives of God as we honor them and the standards they call us to uphold, when those standards are biblically rooted. In Pastoring I deal with many people over the years that have lost all respect for standards. These people have the most disorderly lives and never succeed. The reason is because they don’t fear man, and remember the word “fear” in this context is synonymous with honor. In conclusion, may these words help you to remember that the fear of the Lord, translates into honor for men. The fear of the Lord always drives out the spirit of fear. My prayers in the days to come is that the body of Christ would be free from ungodly expectations placed upon us by ourselves and live according to they higher standards of grace. This is the beginning of wisdom and knowledge. God bless